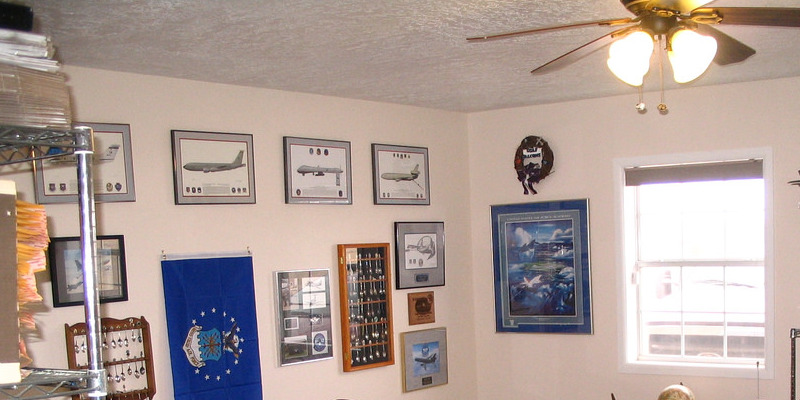 The way to Do Beadboard on a Terrain

Contemporary beadboard is fabricated in 48-by-96 inch panels or sheets. It’s typically made from plywood, medium-density fiberboard or composites. Whether you’re fitting beadboard diagonally on a wall, such as for stairs wainscoting, or matching it in an angle onto a vaulted ceiling, once you receive the angle, it’s a matter of fitting and cutting.

Set up a scaffold that will allow you to get to all parts of the ceiling or wall you’re paneling with beadboard. Divide the sloping wall or vaulted ceilings in to two sections horizontally. Each section cannot exceed 96 inches in height. If the slope of the wall is taller than 96 inches, split it into three sections.

Measure throughout the space horizontally and split the dimension by 48 inches. With a table saw, cut enough parts of 48-inch paneling, in the dimension for the height of the initial part, to fit. If the accumulated width of the panels does not match the length of the wall, then rip a piece to the width needed.

Run a stud finder above the wall and mark every single stud. Apply construction adhesive to the initial panel with a zigzag pattern, 16 inches apart. Apply the adhesive around the perimeter of the panel 2 inches from the edge.

Press the initial panel on the wall. Take 2-inch finish nails to each stud, spacing them 12 inches apart. Repeat this step, gluing and nailing each additional panel on the bottom section.

Measure from the top of the panel into the shortest point of the wave. Measure across 48 inches horizontally and make a mark. Measure from the mark into the ceiling. Transfer the measurements to some other sheet of beadboard. Place a straightedge in the marks. Draw a line to the beadboard to indicate the angle or slope.

Clamp a 3/4-by-4-inch strip of plywood into the top layer of the beadboard in the threaded rod. Use it as a guide to cut the angle with a circular saw.

Stack the first piece of beadboard on top of the initial bottom piece, aligning the wax pattern as near as possible. Repeat steps 4 and 5 for each additional piece. Cut and nail chair rail molding or lath concentrated above the horizontal joints with 2-inch finish nails.

Measure from the top of the stringer into the desired height of the beadboard. The stringer is the diagonal board or side of the stairs. Subtract the width of the casting you intend on utilizing along the top. Create a mark on the wall in the dimension over the bottom and top treads on the stairs.

Measure the distance from the top of the stringer into the chalk line to set up the height of the beadboard and write down the measurement. Put a beadboard plank on the saw. Trim off one ending in the designated angle. Measure the beadboard from the tip of the fresh-cut angle on the side facing the fence. Create a mark on the beadboard in the dimension for the height.

Cut the beadboard in the dimension. Put it flat on the wall to the top edge of the stringer where it terminates. The angle to the beadboard should match the angle of their stringer. Put a flat along the face of the beadboard plank to check for plumb. Adjust the angle if necessary if the degree isn’t plumb.

Measure the distance from the top of the stringer to the bottom. Calculate the number of boards needed and cut identical planks as needed using the first plank for a template. If the calculation leaves the gathered width of the boards too long or too short, rip two more more boards on a table saw for each end, splitting the difference between these two.

Apply horizontal beams of construction adhesive to the wall 8 inches apart, long enough to encompass the width of three boards.

Press the first board into position on the wall. Test it out for plumb. When fulfilled, shoot two 2-inch finish nails, evenly spaced, three-quarters of an inch from the bottom and top edges. Put the subsequent two boards in position, inserting the tongue on one plank into the station on the next piece, and repeat nailing.

Repeat adding adhesive and putting planks three at a time until you get to the top.

Measure and cut chair rail molding the length needed to cover the top of the beadboard slope. Put it at the top. Nail it to the wall studs with the 2-inch finish nailer. The molding on top will hide the screw holes. Fill the holes across the bottom with a color-matched putty stick.